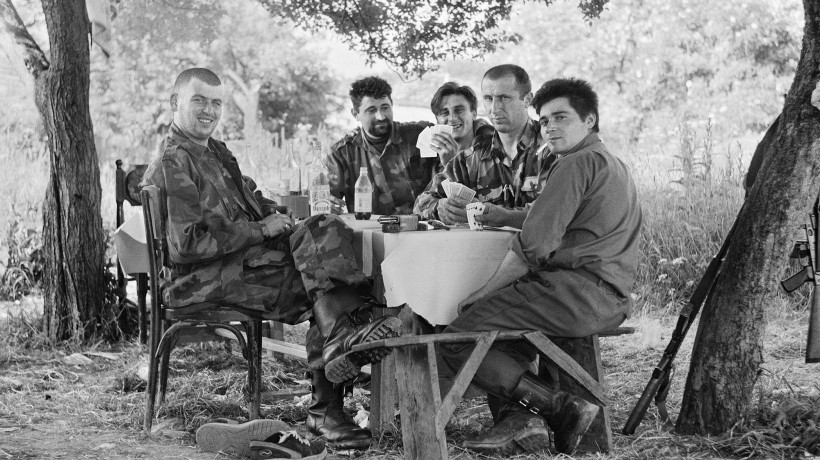 14 min.
Photography represents a kind of appropriation, as well as viewing and understanding of images. This is what determines their meaning and authorship.
Summary
Bio
PDF
Close

The interview with Ivan Petrović took place on 1 September 2017 in Belgrade. The main themes were the role of photography in the dominant history, the boundary between one’s own practice and archival work, photography as an art and the likes.

Miha Colner (born 1978) has graduated from Art History and works as a freelance curator and art critic. Colner works as a curator and programme coordinator at the International Centre of Graphic Arts / Svicarija Creative Centre in Ljubljana. He is also active as a publicist, specialised in photography, printmaking, artists’ moving image and various forms of (new) media art. In the period 2006-2016 he was a curator at Photon – Centre for Contemporary Photography, Ljubljana. Since 2005 he has been a contributor of newspapers, magazines, specialist publications, and his personal blog, as well as part-time lecturer. In 2006, he became a member of the project group Station DIVA at the SCCA Institute in Ljubljana, which is creating an archive and conducts research on Slovenian video art. In 2007, he co-curated and co-organized Break 2.4 festival, held biannually by K6/4 Institute. Since 2005, he has also worked as an art critic and a regular member of the cultural department at Radio Študent – he is an editor of the show on contemporary art Art-Area. He is also a regular external contributor to the daily newspaper Dnevnik and to the magazines Fotografija and Art-Words. He occasionally contributes to other specialist magazines on fine art and music, such as Maska, Forum, Časopis za kritiko znanosti, Flash, Folio, Zarez, Art Kontura, Frakcija (Croatia), Foto dokumenti (Serbia), Flaneur, Cluster (Great Britain), and Sculpture Network (USA). He lives and works in Ljubljana, Slovenia.

Ivan Petrović (1973) has been working in the fields of photography and art for twenty years as a researcher, creator and collector. Since 1997, he has been creating and publishing photographic projects that reflect the spirit of space and time in which they are created, while in his works he uses both documentary approaches as well as research principles. In 2011, together with photographer Mihail Vasiljević, he founded a para-institution, the Centre for Photography (CEF). Despite lacking its own premises, infrastructure or funds for performing its activities, the institution deals with the search, preservation, collection and analysis of local photographic materials from recent history. In the past ten years, Petrović also moved his artistic practice beyond mere artistic expression, since he addresses the phenomena of photography from an analytical-theoretical point of view. His interest lies in the nature of the photographic image and its role in society and historiography. In this spirit, long-term projects such as Documents (1997–2008), Images (2002–), Portfolio Belgrade (2015–) and the latest film production were created.

“Among the Josip Pelikan’s rich preserved legacy, the skylight studio presents us with painted backdrops with various portraiture motifs.”