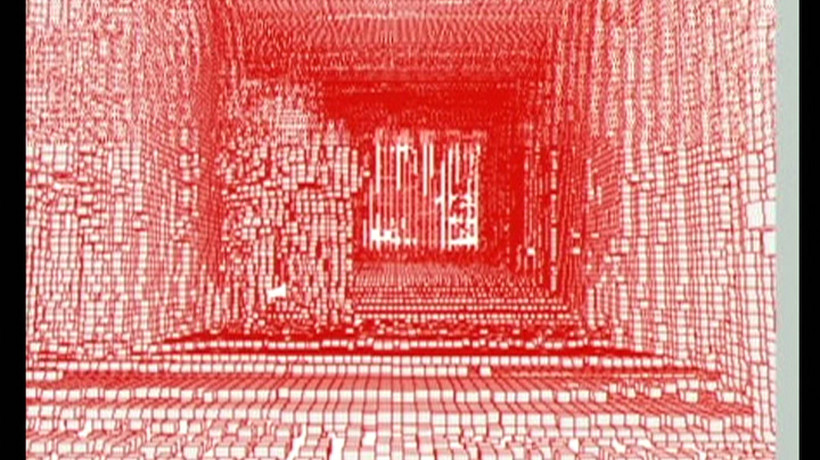 A critical gaze and an investigative guise are necessary in a time where the uneven boundaries between “the real” and the phantasmagoric are blurred into our conceptions of reality. We are surrounded by interfaces, screens, virtual spaces and infinite networks. Technologic advancements departing from the photographic medium have the potential to change our relations to our surroundings and our conceptions of ourselves through images. We are no longer merely receivers of images, we are active producers of them; In the 1980’s, philosopher Vilém Flusser and filmmaker Harun Farocki were already engaged in questions aimed at understanding our relationship to images and our responsibility towards the production images. Both urged their readers and spectators to engage in dialogue, to understand the phenomenon of photography and its direct correlations to mass communication structures.

Louise Hisayasu is pursuing her postgraduate studies in the field of digital humanities. She spent some months interning and conducting researching at the Vilém Flusser Archive in Berlin. She is currently based at the School of Creative Media at City University of Hong Kong.

PDF format files of individual essays are priced at 3.00EUR. If you are subscribed to Membrana Online, you may purchase PDF access to all content on our site: Membrana PDF (Online subscription is required!)

Vilém Flusser (1920-1991) was born in Prague, before later immigrating to Brazil, where he lived for over 30 years. He was a philosopher, journalist and professor amongst many things, and is perhaps best known for his work Towards a Philosophy of Photography and Into the Universe of Technical Images. His curiosity, life experiences and interests in different fields would lead him to explore a plethora of different phenomena, allowing different disciplines to inform his thinking. The Flusserian notion of time starts in pre-history, an epoch when images arise from a magical consciousness to serve as “maps that enable their addressees to orient themselves in their environment.” (Flusser & Ströhl, 2002, pp. 126–127) Alphabetical writing replaces magic, with its linear history, and the emergence of the printing press in the 15th century further dictates a horizontally sequential progression of time. Flusser argues that the image, as materialised in photography, was intended to bring images back to everyday life. But in order to do so successfully, it had to mimic printed text. This meant that images needed “to become mechanically producible, reproducible and distributable, and their value had to be contained in the information that they carried rather than in their material base.” (Flusser & Ströhl, 2002, pp. 126–127) Photographs differ from pre-historic images because they are computed possibilities (projection onto environment) rather than world views (copies of the environment). We currently reside in post-history, a state of alphanumeric code, the epoch of the technical image. As we as a society have returned to illiteracy, the fragile lines which lie between reality and the production of synthetic images now need to be decoded. Flusser finally warns, “but, we have to learn it [techno-codes]; otherwise we are condemned to endure a meaningless existence in a techno- imaginary codified world that has become meaningless.” (Flusser & Ströhl, 2002, pp. 126–127)

Harun Farocki (1944-2014) was, among many other things, a filmmaker and writer. He emerged from New German Cinema, a 60’s/70’s epoch closely influenced by French New Wave, which produced directors such as Fassbinder, Herzog and Kluge. Farocki produced nearly 100 films in his career, which spanned from the late 1960’s to 2014. He very much took on the role of an activist, with the intention of bringing to the surface many underlying facets of the political landscape of the twentieth century. More often than not, he used found-footage to closely reassess the image, affording powerful new meanings which could be easily overlooked. Interesting perhaps, is not only Farocki’s way of revealing the power of images, but also his sensitivity towards understanding the effects that arise from the development of new production techniques. In Images of the World and the Inscription of War (1988), a voice-over announces: “this capacity to see better is the reverse side of mortal danger,” drawing on Albrecht Meydenbauer’s late 19th century invention of photogrammetry. With imagining technologies and computer vision systems evolving at unprecedented speed, Farocki distinguished “operational images” as those which (unlike images which previously served to represent) were made by machines for themselves. In Eye / Machine III (2003), the last part of a three-part installation about computer and machine vision, Farocki makes visible the processes which are not only invisible to most humans, but which serve as guidance for humans to understand how a machine sees.

Considering that Eye / Machine III was made 15 years ago, what is the current state of operational machines today? They are “getting darker and darker, both through military and corporate secrecy and the mechanics of seeing-machines themselves that no longer deign to make human-interpretable versions.” (Paglen, 2014) In this sense, we have taken a leap from the operational image, towards the notions of a machine imagination. Imagination is the act of conceiving an object not previously fancied, also defined as being resourceful; would it even be appropriate to claim that the autonomous machine is photographing; could a machine be a photographer? In one of Farocki’s last interviews, he “speaks of his sense that images are no longer about representing the world, but about how to intervene in the world, they are no longer images as reproduction even in Walter Benjamin’s sense, but images as realities in their own right.” (Alberro and Elsasesser, 2014)

Flusser and Farocki create a space for dialogue to exist. Besides both of them already having engaged in dialogue themselves, their films and writings succeed them as an educational lesson in understanding our sensorial pictorial surroundings, at a time when AI and autonomous machines are growingly designing the interfaces we are in touch with in our everyday lives. To Farocki, the conception of a “photographic image as a measuring device is to insist on [its] mathematicality, calculability and finally the ‘computability’ of the image-world” (Elsaesser, 2004, pp. 197–200). This process lacks humanness, as well as attributes like the consciousness and an experience of the form, traits which inherently separate us from machines. Similarly, Flusser, in his philosophy of photography, understands the early emergence of the medium as a rupture in the way the world is seen and understood. His theory of communication relies on the basis that we have lived through two industrial revolutions, the first which changed the way we work, and the second a digital revolution which changed the way we communicate. Reality is becoming increasingly mediated by autonomous entities, whose systems locate themselves within a blackbox.

Reality is becoming increasingly mediated by autonomous entities, whose systems locate themselves within a blackbox.
Reading time: 6 min.

“Rather than a Posthuman photography, it makes more sense to talk of strands of Posthumanist thought and practice permeating the contemporary photographic art practice.”